The VFD in its florescent blue glory.

I was rummaging through some junk during my break from school and found some old audio equipment, complete with a VFD for a front panel. I have some spare time on my hands, so I set aside some time to try and get it working. Lo and behold, it’s a commercial module – a CU20025SCPB-T20A from Noritake Itron. This makes things way easier. 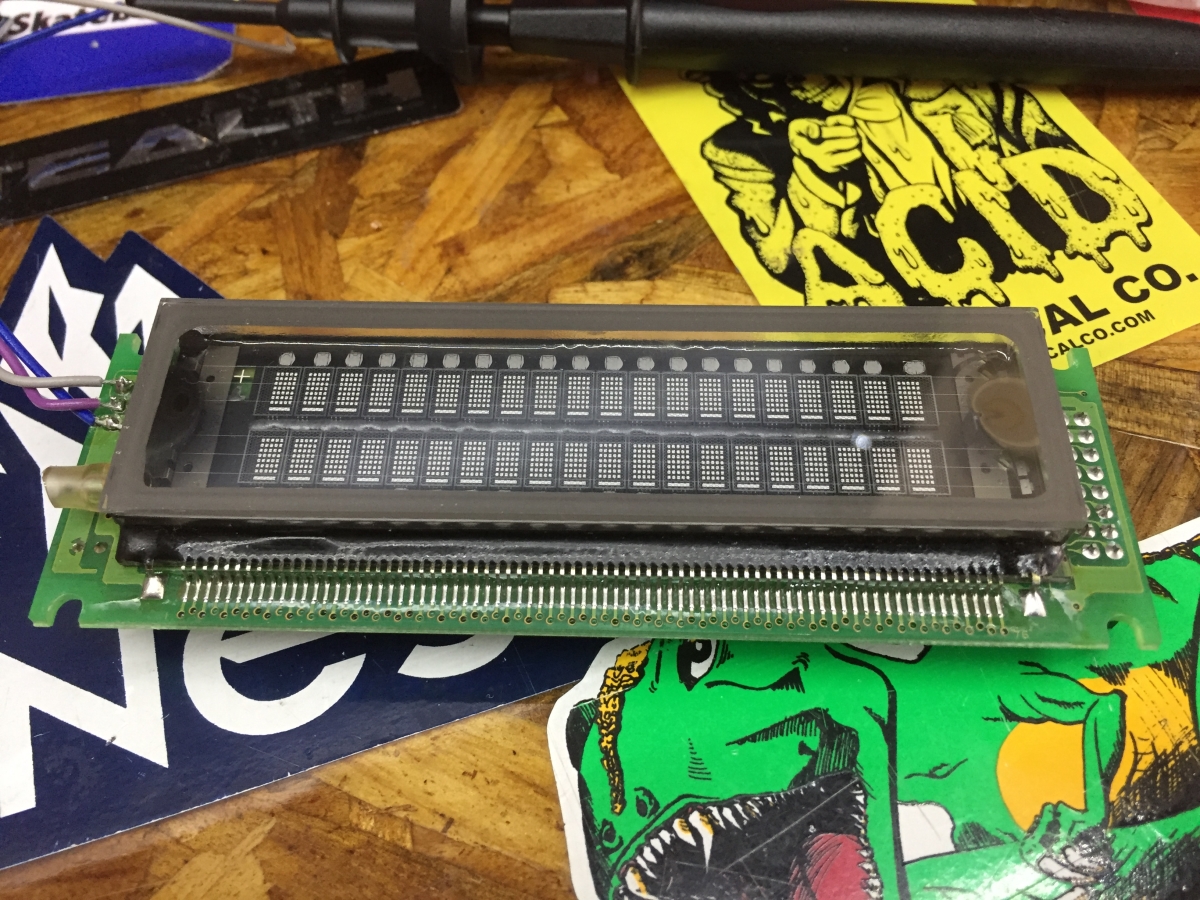 The best part about this display is the datasheet – it’s freely available on the web. It contains everything you need to know, including software commands plus hookup and voltage specs. This makes re-purposing the display much easier. 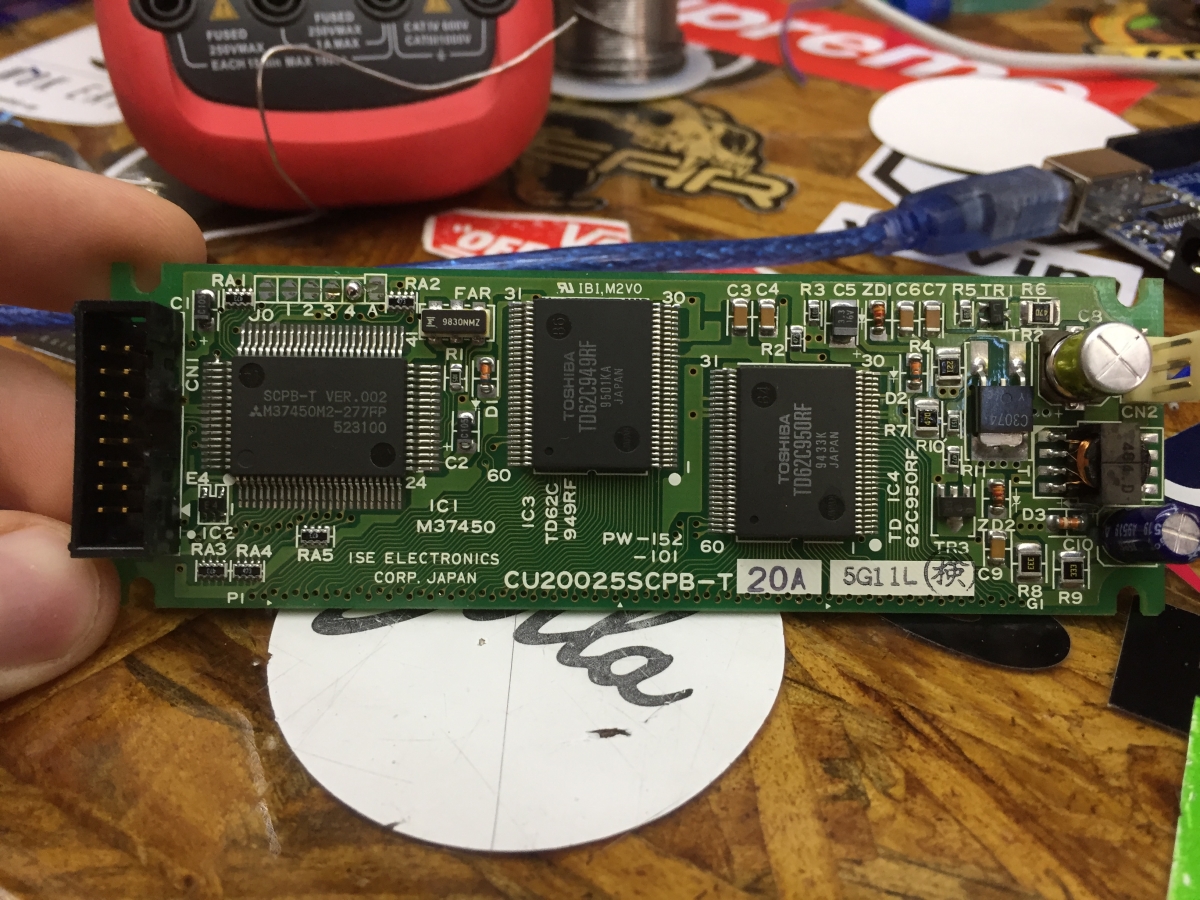 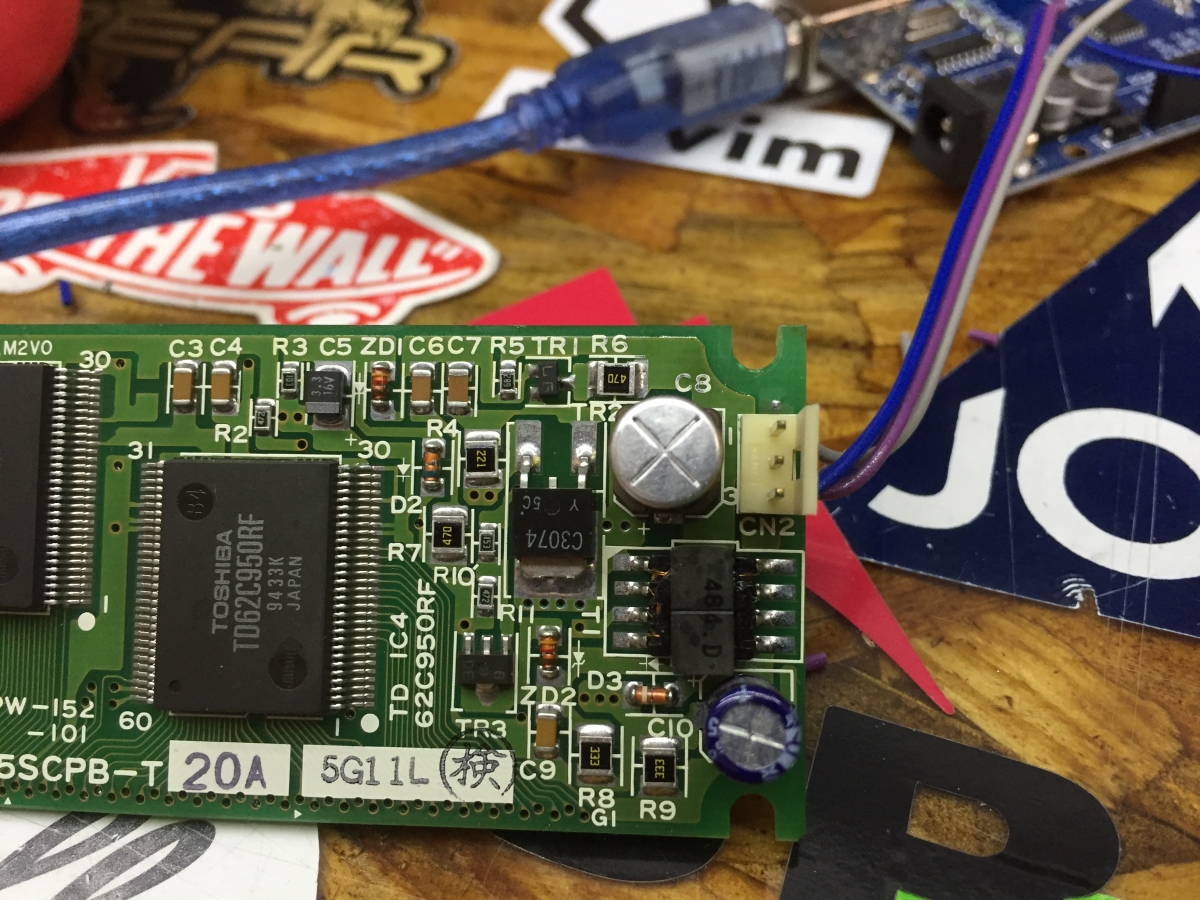 On the software side, it’s equally simple. Noritake Itron provides a dedicated library, but there’s no real point in using it, as it’s incredibly easy to set it up yourself. This is my C++ code which I uploaded to the Arduino via platformio.

This will print a looping string of characters to the display. Check out the data sheet for more interesting commands – font, cursor blink speed, scroll modes, brightness etc are all adjustable via serial.

To convert the commands in the datasheet into something nice for the arduino, replace the H in the command with 0x and move it to the front, i.e, 08H –> 0x08.